#Manchester #climate Steering Group questions, if you can be bothered a) going and b) staying awake

Posted on July 7, 2015 by manchesterclimatemonthly

Tonight the ‘Steering’ ‘Group’ (of what??) for the Manchester Climate Change Action Plan holds its annual general meeting.  Which is happening instead of the stakeholder conference (with elections) that it is SUPPOSED to be holding.  It will have a keynote speech by the new Friends of the Earth chair, for reasons that basically escape me.  Couldn’t they find someone who had done something worthwhile in Manchester to give the keynote?  Or are they afraid nobody would come to that….

Anyway, someone who is going asked me what questions I might ask.  They’re not going to ask any of the questions, for reasons of their own.  If you are masochistic enough to go, maybe you might? 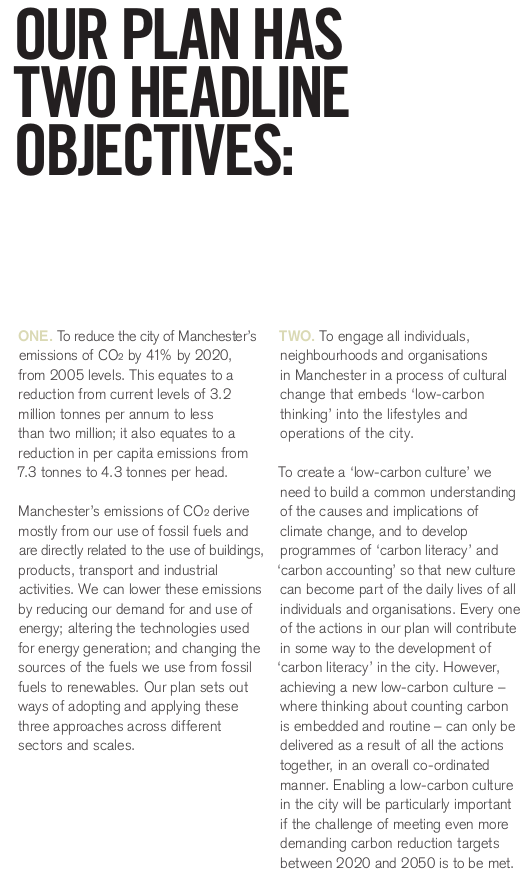 What has Steering Group done in the last year to involve the general population in creating of a low carbon culture?

Manchester City Council said it would have 60 of its 96 councillors ‘carbon literate’ by the end of 2014. Does the Steering Group think that the actual amount achieved- 23 – is an acceptable example to set?  If yes, how do they justify that. If not, what the HELL did they do about it?

In March 2014, in response to public pressure, the Executive Member for the Environment promised to start a blog.  She never did.  Does the Steering Group think this is a good example to set? Have they ever raised the issue with her?

The Steering Group stated it would start holding four public events a year.  That’s a really low number.  In 2014 they managed … 3.  This year, the AGM is the first*   How do you people sleep?

Meanwhile,  Manchester Green Party (am not a member, never was) is holding a meeting next week.

Manchester Green Party is devoting their monthly Open (to all-comers!) meeting on July 14th. 7pm-9pm at the Methodist central hall, Oldham Street, Manchester to climate change and Manchester’s response to it.

They are hoping to get some speakers from different organisations to address one or more of the elements of Manchester – A Certain Future: buildings; energy; transport; sustainable consumption and production; and green and blue infrastructure.

The meeting will also include an open Q and A/discussion session.

* there was a love-in at MMU a while back. That doesn’t count.

Was print format from 2012 to 13. Now web only. All things climate and resilience in (Greater) Manchester.
View all posts by manchesterclimatemonthly →
This entry was posted in Low Carbon Culture, Manchester City Council, Steering Group and tagged contemptible, embarrassing, useless. Bookmark the permalink.

2 Responses to #Manchester #climate Steering Group questions, if you can be bothered a) going and b) staying awake