Posted on May 26, 2016 by manchesterclimatemonthly 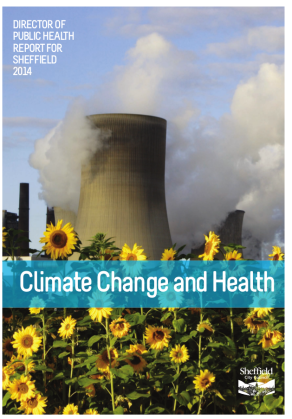 re: report on the health impacts of climate change in Manchester and carbon literacy

Some of you may know that in April, the chair of the committee, Councillor Bev Craig, replied to a suggestion that the committee look at the impacts of climate change on Manchester. She wrote (in part)

As Chair of Health, I am happy to suggest to the committee this be considered in our work programme either as a standalone, or joint committee piece of work to look at the specific challenge facing Manchester to ensure that we are doing our best to mitigate it.

I am writing to you to ask that you support her suggestion. Although terrible heat waves like the one currently affecting parts of India (temperatures of 51 degrees, suicides, mass graves dug in preparation of expected deaths) will never hit Manchester, climate change will bring threats.  The vulnerable among us (the old, the young, the sick, the poor) are in the firing line as they were in European heatwave of 2003.

A report to the Health Scrutiny Committee (or joint committees, as per the chair’s letter) could help Manchester’s citizens and organisations in their preparations. This would be  especially likely if the report contained detail on what preparations are being made and could be made at a ward level, and how concerned councillors such as yourselves can catalyse work with partners, especially ‘hard-to-reach’ communities (I am thinking language and cultural barriers). Are the current plans realistic, updated regularly, and tested ‘in practice’? What can be learned from the recent floods in Greater Manchester?  From further afield?

I am sorry that I can’t be with you tomorrow – I am getting to the business end of my PhD, and sadly a thesis doesn’t write itself. However, I, and other citizens of Manchester, will be watching the livestream or a recording of your deliberations.

PS It is also encouraging to see almost a third of the Health committee is already carbon literate. That is  much higher proportion than Neighbourhoods and Economy, though its new chair – Councillor Kevin Peel – is arranging for carbon literacy sessions to be held after that committee’s next two meetings…

Was print format from 2012 to 13. Now web only. All things climate and resilience in (Greater) Manchester.
View all posts by manchesterclimatemonthly →
This entry was posted in Manchester City Council, Uncategorized and tagged Health Scrutiny Committee. Bookmark the permalink.