Posted on February 14, 2017 by manchesterclimatemonthly

Oh Christ, here we go with the “Green Economy” guff all over again.  How many times is this now?  Perhaps someone would like to go along and remind them all of the 1994 “Global Forum” in Manchester, and all the “Local Agenda 21” stuff that got binned, and the Deloitte report back in 2008, and all the other Broken Promises around the Manchester Climate Change Action Plan.  The purpose of these reports/events is to make a certain class of middle-class apparatchik feel virtuous while the suicide machine escalates its assault on the biosphere.  Another year, another Low Carbon Hub organogram.  So it goes.  If anyone DOES go, would they care to write a report on who said what and if anyone admitted that we have been failing to build the green economy (let alone, you know, green society) for quite some time, and maybe we need to look. at. the. reasons. why. before we just repeat the same old smugospheric nonsense?). Still, at least there’s a gender balance, so that’s alright then. 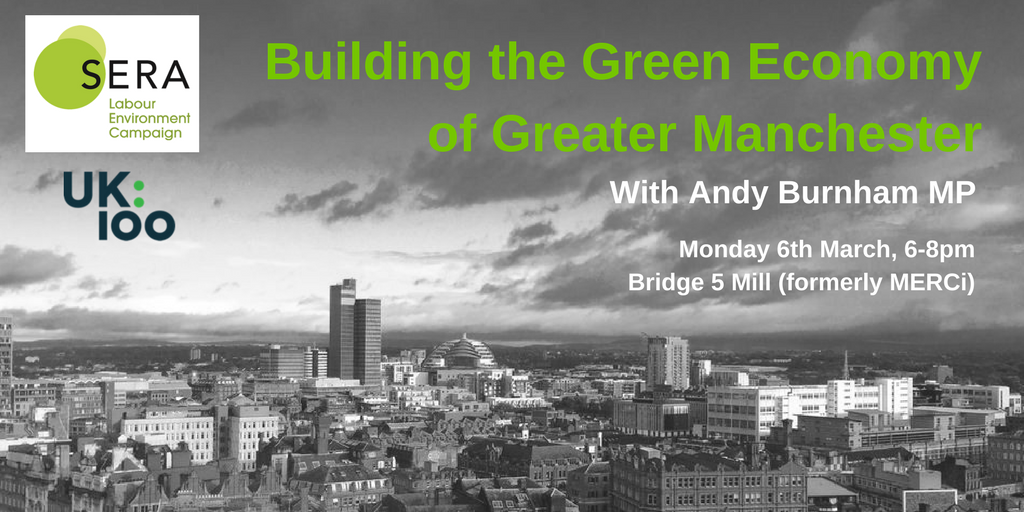 Manchester is currently ranked inside the global top 25 cities for environmental sustainability, and won praise for its energy efficiency initiatives, saving local firms more the £100m. The low-carbon sector is a key driver for Greater Manchester’s economy, worth an estimated £5.5bn per year and providing over 36,000 jobs.

Was print format from 2012 to 13. Now web only. All things climate and resilience in (Greater) Manchester.
View all posts by manchesterclimatemonthly →
This entry was posted in Upcoming Events and tagged Andy Burnham, MERCi. Bookmark the permalink.