MCFly editor to become next Chair of Stakeholder Steering Group

Posted on April 1, 2017 by manchesterclimatemonthly

In a shock move, Manchester City Council has announced that an environmental activist will take over as chair of the ‘independent’ Stakeholder Steering Group.

In a joint statement Leader of the Council Richard Leese and the Executive Member for the Environment Rosa Battle announced that they had accepted the resignation of the current chair, Gavin Elliott, and were appointing a staunch critique of the Council’s current positions on climate change, the long-time editor of Manchester Climate Monthly, Mr Marc Hudson.

Richard Leese thanked Mr Elliott for his faithful service, but pointed out that all had not gone according to plan.

“We really hoped that the Steering Group would be a genuinely critical friend, with emphasis on the word ‘critical.’ There are already quite enough fig-leaf/stab vest outfits in Manchester, protecting the Council from scrutiny. We’d hoped that Gavin would actually hold the democratic elections that had been promised, and expand the stakeholder conference into a vibrant and interactive event, leading to an invigorated and empowered civil society which forced us to keep our promises and to lead by example.

“We also thought he’d follow the Council’s lead and start televising meetings – this was after all something that Marc Hudson had suggested we do, and we took that on board. Sadly, the elections never did happen, the conference was abolished rather than expanded, and the meetings remain a closely guarded secret. It’s just not in keeping with how we want Manchester to be run, so it was time for Gavin to move on.”

“Marc has told us that he intends to work on a hypothetical hypothecation scheme where a percentage of Council Tax income is ring-fenced to pay for climate change action. Councillors Rebecca Moore and Kevin Peel are working with him on this, and are carefully examining council tax receipts.”

Richard Leese interrupted at this point, saying “We need real leadership. Marc has told us he intends to work with people he has had a long relationship on providing quick wins. Pat, the Nigels, Basil, Angeliki, they’re all on board and spoiling for a fight, even if it makes Labour look bad in the short term, and alarms international investors.”

While business groups and the City Council were extremely enthusiastic, environmental groups were more cautious.

Friends of the Earth spokeswoman Ms F. Leaf said “We’ve had a very close – even cosy – relationship with the stakeholder steering group. We worry that Mr Hudson is temperamentally unfit for the role. But since we are desperate to keep a seat at the table, we will do whatever the Council tells us. Why change the habits of a decade, after all, after all the amazing successes that ‘strategy’ has brought?”

The Green Party were, characteristically, more robust. Spokesperson Jimmy Durante said “Until today we were the hugest fans of Marc’s work, especially his robust and detailed critiques of our claims and ‘strategies.’ We were just about to ask him to come do capacity-building training using his unpatented ‘Activist Skills and Knowledge’ system, so that we could move beyond futile mobilisations around futile council elections and towards a movement-building model. But this shows that he is just a naïve, shallow opportunist with no long-term vision. Vote for us.”

Reached for comment Mr Hudson was careful to dampen expectations of radical change any time soon.
“I know that the original plan was for elections to take place in 2010. And the Steering Group said it would investigate this in May 2012, but then never did. 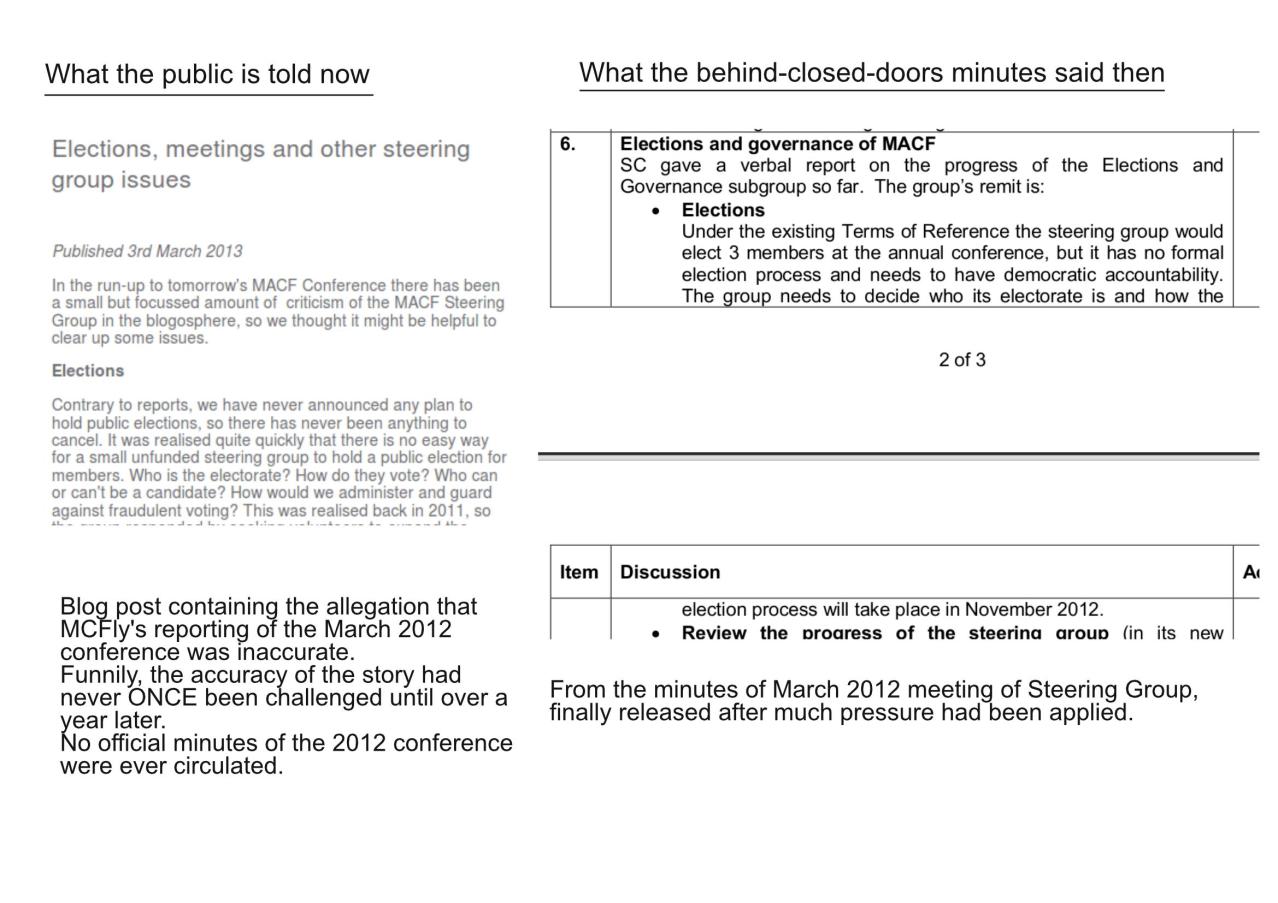 These things take time. I am perfectly happy to hold power until such time as elections are scheduled. Shall we pencil them in for April 1st 2018? Or perhaps the year after the year after? It’s the Manchester way…”

Was print format from 2012 to 13. Now web only. All things climate and resilience in (Greater) Manchester.
View all posts by manchesterclimatemonthly →
This entry was posted in Uncategorized. Bookmark the permalink.