Posted on May 2, 2017 by manchesterclimatemonthly 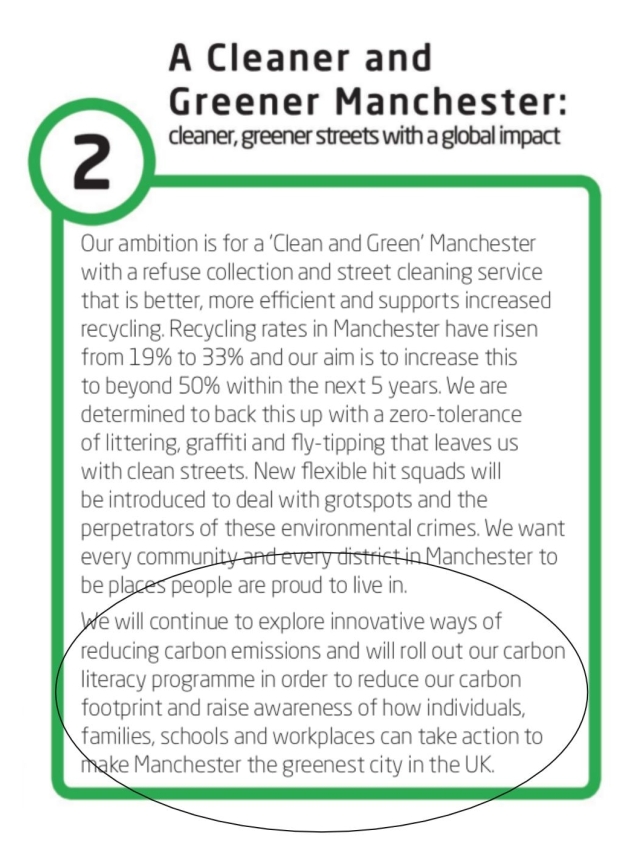 Seven months later, in early January 2017 the Executive Member for the Environment Rosa Battle told a committee of councillors that she was taking personal charge of making sure carbon literacy was rolled out.  Despite an invitation from MCFly, she refused to give any target date by which all 96 councillors (95 of whom are Labour) would have completed their carbon literacy.

This was wise, because in the following three months only one carbon literacy session took place (in late March), and Councillor Battle did not attend it,  meaning that she remains ‘carbon illiterate’.

The five (a paltry number) who did were the following councillors-

How does MCFly know this?  Because we submitted a Freedom of Information Act request.  Why did we do this? Because the Council has chosen NOT to create an online database showing which councillors have and have not done their carbon literacy.

Was print format from 2012 to 13. Now web only. All things climate and resilience in (Greater) Manchester.
View all posts by manchesterclimatemonthly →
This entry was posted in carbon literacy training, Manchester City Council, Neighbourhoods and Environment Scrutiny Committee, Uncategorized. Bookmark the permalink.