Corbyn, #Manchester City Council and #climate change – what next?

Posted on June 11, 2017 by manchesterclimatemonthly 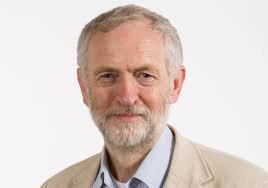 Who knew?  Some of us hoped for a hung parliament, but how many of actually believed it could happen?  We misunderestimated the young – they actually came out to vote.  Massive kudos to all those who encouraged that, who went canvassing in the Bury constituencies.*

But this much seems clear to me.

a) Regardless of whether there is another General Election before May next year, thanks to the Corbyn effect, it is going to be even more difficult for “minor parties” (i.e. the Lib Dems and Greens) to get seats on Manchester City Council at the May 2018  “all-out” local elections.  (A recap – Manchester City Council has 32 wards, with 3 councillors per ward. Councillors serve for a four year term.  There are rolling elections, so usually 32 councillors are up for re-election each year, with one year ‘fallow’.  Because Manchester’s population has grown so much, the electoral boundaries are being redrawn.  Next May there will be an ‘all-out’ election where all 96 seats are up for grabs.  The candidate who gets the most votes will have a four year term. The second will have to stand for re-election in two years, and the one who comes third will be up for re-election in 2019.  Therefore, while there MIGHT be a few Lib Dems and even theoretically some Greens who are elected in 2018 (though I think there will be fewer than there otherwise might have been, since people will assume – wrongly – that in voting for Leese’s lot they are somehow supporting Corbyn’s agenda) – , they are likely going to be crushed in 2019.  And we will return to what we have had for ages – the drastically unhealthy situation of a one-party state (currently Labour have 95 of the 96 councillors).

b) Manchester Labour will manage the tensions with whatever government is in control in London, as it has done so well for the past 25 years or so.   These guys are survivors.

c) The environmental groups will continue to fail at building the actual infrastructure of resistance and monitoring.  They will continue to hold exclusionary meetings with bad formats, they will continue to be part of the emotacycle.    Canvassing is one thing, and it’s great that people are doing it. But if/when Corbyn gets in, there will be bureaucratic backsliding, compromises and all the rest of it.  We need to be preparing for that NOW, learning how to counteract the techniques of the bureaucrats and the elected members who blithely promise and never deliver.  That work is less of a buzz than en-masse canvassing. It’s a long slow depressing grind.  I totally understand why people don’t want to do it.  But if it isn’t done, you end up where we are now…

d) In the absence of infrastructure of monitory democracy, there will be periodic spasms where promises are made, exhortations “we all have to do our bit”. The next one will be the Mayor’s Environmental Summit (I’ve still not received my invite).  And these will add up to nothing.

Meanwhile, there are moves around ‘radical municipalism’.  As per the last blog post on this site, there is a “Steady State Manchester” meeting about the elections on Weds 14th June.

June:  Let’s talk about the elections!

Also, this morning “Plan C” posted a promise of, well, read for yourself…

Was print format from 2012 to 13. Now web only. All things climate and resilience in (Greater) Manchester.
View all posts by manchesterclimatemonthly →
This entry was posted in Unsolicited advice. Bookmark the permalink.

1 Response to Corbyn, #Manchester City Council and #climate change – what next?