Posted on January 28, 2018 by manchesterclimatemonthly

All details from gofundme page 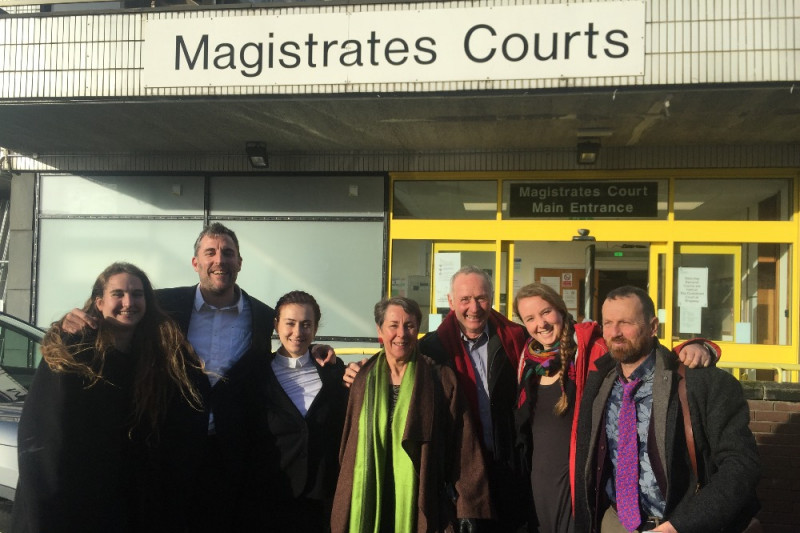 On 12th July 2017 three generations of one family and a wonderful crew of friends carried out an action at the Cuadrilla fracking site at Preston New Road in Lancashire, UK. Under the banner of Families Against Fracking we locked ourselves by the site gates for six hours to protest against Cuadrilla’s activities and to raise awareness of the dangers of fracking. The action was part of the Rolling Resistance month of action coordinated by Reclaim the Power.

Six months on we have been taken to court and convicted of Obstruction of the Highway. Six of the seven of us have to pay £270 each in court costs, totalling £1620.
We are asking here for help in paying these penalties. If you are able to and feel moved to support the action and the group in this way we’d be very grateful. Thank you for all and any contributions!

Check out the  video of the action

The action and court case made national and regional headlines. Here are a couple of examples:
– Gillian in the Guardian
– Big Issue article

(Should we raise more than our initial target, funds up to an additional £380 will go towards our travel to trial. Anything raised on top of that will be donated to another of the groups who carried out an action last July and also have court costs to pay).

Was print format from 2012 to 13. Now web only. All things climate and resilience in (Greater) Manchester.
View all posts by manchesterclimatemonthly →
This entry was posted in Campaign Update, Fracking. Bookmark the permalink.