Posted on April 20, 2016 by manchesterclimatemonthly

Manchester City Council’s Executive Member for the Environment, Kate Chappell, has not attended a meeting of the City’s climate change ‘Steering Group’ since July last year.

An analysis of the official minutes of the meetings by Manchester Climate Monthly shows that Councillor Chappell attended the June 2015 meeting, which preceded the Annual General Meeting (a sage-on-the-stage talkfest that was also attended by Richard Leese and other committed climate activists).  Since then she has sent her apologies to meetings in July, August, September, October, January and February (see screengrabs of the minutes at the foot of this post for proof)

The Steering Group, which was supposed to be a body of elected representatives, and was also supposed to help stage an annual conference, is an unelected body that can’t even keep its promise to produce newsletters. Members of the public are not able to attend the group’s meetings. At one recent meeting there were two people in attendance and eight apologies (including Cllr Chappell).  Despite its non-performance, the Group continues to receive funding from the council.

There is no evidence in the minutes that anyone has raised Councillor Chappell’s repeated non-attendance at the main meetings.. Nor has anyone suggested that meetings be shifted occasionally from the evenings to suit the needs of women with young and growing families.

Councillor Chappell is chair of the “Sustainable Consumption and Production” sub-committee of the Steering Group.  However, minutes of that sub-committee- and the other sub-committees – have not been posted on the website.

The chair of the Steering Group has not replied to several emails from  Manchester Climate Monthly for information on other aspects of the Steering Group’s ‘performance.’  The Executive Member told the editor of MCFly, face-to-face,  a month ago that she would write an email for publication explaining why -despite a firm promise to do so – she had not established a blog.  That email has not been received by MCFly.

So, given their lack of responsiveness, they were NOT approached for comment before the publication of this story.  If they choose to respond, their comments will be published. 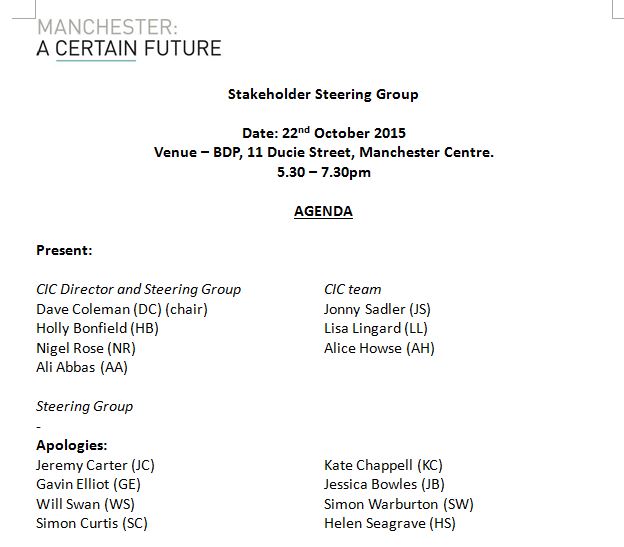 Was print format from 2012 to 13. Now web only. All things climate and resilience in (Greater) Manchester.
View all posts by manchesterclimatemonthly →
This entry was posted in Democratic deficit, Manchester City Council, Steering Group. Bookmark the permalink.