Posted on February 15, 2017 by manchesterclimatemonthly

Today marks exactly 10 years since the first meeting of “Manchester Climate Forum”. It was held to help explain the implications of the Fourth Assessment Report of the Intergovernmental Panel on Climate Change. Professor Kevin Anderson, who has since become a good friend, gave a presentation and answered questions, at a well-attended (75 people or so) at the Friends Meeting House.

The Forum was set up for two reasons, one ‘personal’ and one ‘political’ (the two categories overlap, of course). Personally, I needed something to do locally, since it was clear to me that, via a facipulated decision to keep doing annual spectaculars, the “Camp for Climate Action” was going to chew up a lot of people’s energy and passion and spit out a failure. I didn’t want to be one of them. But I still wanted to Do Something on climate change, and local seemed one sensible way forward.

The political reason was that it was clear that the Socialist Worker’s Party would do with climate change what it had done with the ‘alter-globalisation’ movement of the late 90s and early naughties – that is, set up a boring and vampiric front group that would – by virtue of its loudness and organisation – divert people from (what I considered at the time to be) more effective and less Leninist/Stalinist/Trotskyist groups. And so Manchester Climate Forum was born as a way of blocking them from doing that, at least in Manchester, and ‘holding the ring’ so that mythical Concerned Citizens could come and hear about the problems, hear from the different groups active in Manchester and then make their choice of which group sounded most up their street.

That was the format of the early meetings – a speaker  and Q and A, then the second half each activist-y group (and there were many) saying what it was doing and how people could get involved. Manchester Climate Forum ran a bunch of meetings in 2007 and 2008 and some in 2009 and 2010 (including the only one to date (that I am aware of, or can remember)  on gender and climate activism). They also usually had a take-home booklet.  The pages of the booklet for the first meeting are inserted throughout the following text, for light relief…

In mid-2008 Manchester Climate Fortnightly was born, as a two page (and soon four page) newsletter of what was going on, what was coming up, what had been happening. That would have folded quickly, but for the totally amazing Arwa Aburawa who co-edited it for a long time. Our spirits were lifted and our pages brightened by the brilliant cartooning of Marc Roberts, who is a top bloke.

In 2009, disgusted with a useless Council-funded document (to the tune of at least 26k)  called the ‘Call to Action’ we launched the ‘Call to Real Action’ process, where we (about 15 or so) activists wrote a response document in 6 weeks, about what could and SHOULD be done.  The success of which caught everyone by surprise. That gave the Council the idea to make the production of the “Climate Change Action Plan” less undemocratic than it otherwise would have been. (They needed something for Richard Leese to brandish while at a world conference of mayors at the end of the year, and knew that business as usual could not deliver.  Buy me a beer and I will tell you my version of it.) 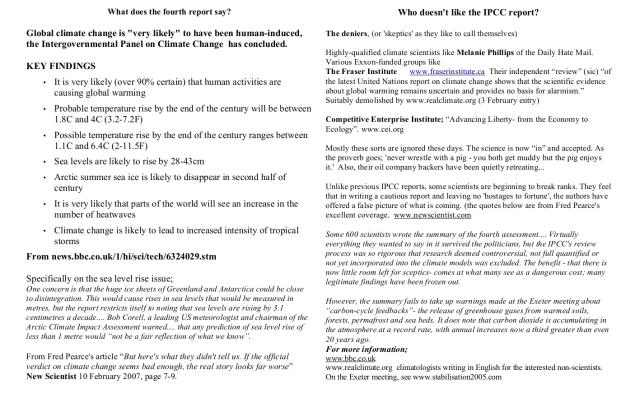 We tried to stop everyone obsessing over the 2009 Copenhagen conference, without success, and once the Council started breaking its promises in a serious way (they’d been breaking them since 2008) all we could really do was report it. Which we did. Manchester Climate Fortnightly, which came out every second Monday (Xmas breaks were taken) ran for 63 issues, until November 2010. We only missed one deadline (my fault – and only by a couple of hours).

Manchester Climate Monthly ran as a paper publication from January 2012 to October 2013, thanks again to Arwa Aburawa, who was demoted to working for Al Jazeera in June 2013. We covered the ongoing, escalating and contemptible  farce that was the ‘Stakeholder Steering Group’. We were so effective in this that we were banned from attending the 2013 ‘stakeholder conference’, which was then abolished by the next Stakeholder Steering Group chair.

I was a co-founder of Steady-State Manchester, but then legged it after a few other people did, and do not regret that decision in the slightest. Since November 2013, Manchester Climate Monthly has been web only. There isn’t enough real news going on in Manchester (as opposed to bullshit press releases and activist fantasies) to fill a monthly publication anyway. So it goes.

For the future? Well, who knows. The chances of anyone else taking on Manchester Climate Monthly when the current editor leaves town are low (i.e. zero). It’s been an interesting project. At least I’ve had my eyes open(ed) while staring into the abyss.

What I learnt about academics (and what I would do differently) 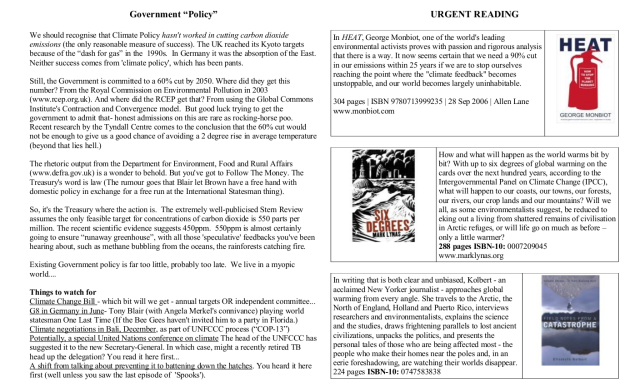 What I would do differently

What I would do differently 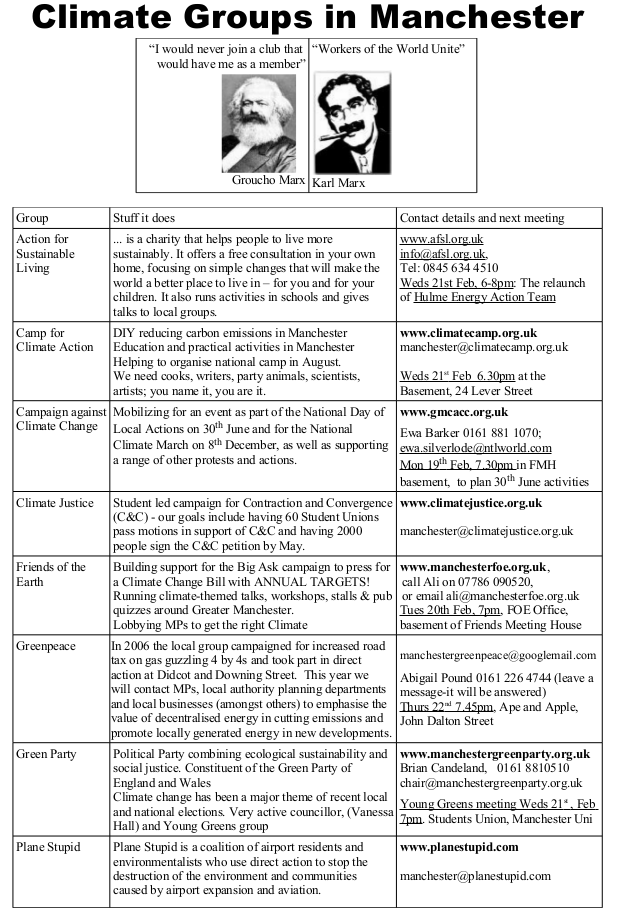 What I learnt about local authorities (and what I would do differently).

What I would do differently/advice

What I learnt about the species

We want to kill ourselves. And we will get our wish.

What I learnt about myself (and there is no need to do anything differently, because I always have been – and always will be – perfect)

Was print format from 2012 to 13. Now web only. All things climate and resilience in (Greater) Manchester.
View all posts by manchesterclimatemonthly →
This entry was posted in Campaign Update, capacity building, Unsolicited advice. Bookmark the permalink.