Posted on October 2, 2017 by manchesterclimatemonthly

Following last Monday’s truly appalling debacle at Manchester Cathedral, I was inspired to write a letter to the MEN on the subject of manels, which got published on Thursday.

On Saturday and again today, other attendees at that debacle have had their missives published.  The second letter is particularly brutal-

“It was concerning that the Manchester councillor seemed that out of his depth and groping for worthy events and people to name-drop. It appears that after some years of talking the talk, the council has done nothing really fundamental to report to offset its enthusiasm for air travel expansion and shopping growth.”

Still no word from the organisers of the atrocity though… 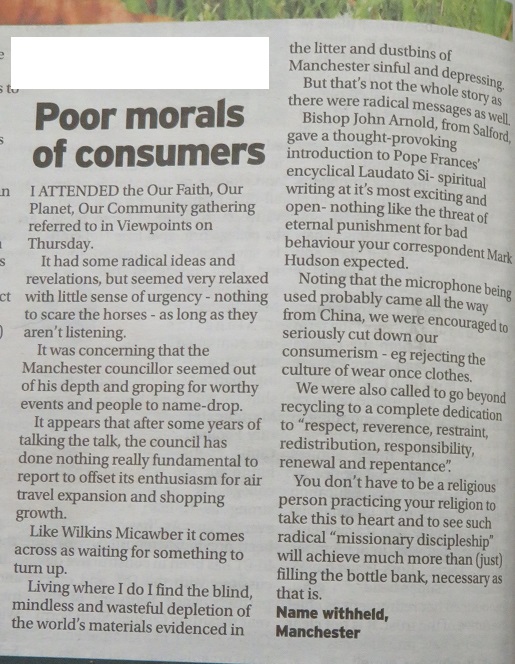 Was print format from 2012 to 13. Now web only. All things climate and resilience in (Greater) Manchester.
View all posts by manchesterclimatemonthly →
This entry was posted in Letters to the MEN. Bookmark the permalink.