Adani, Siemens and Manchester City Council – half a million reasons why….

Posted on February 12, 2020 by manchesterclimatemonthly

Meanwhile, Manchester City Council and University of Manchester have an ongoing relationship with Siemens under the MSG programme (1). 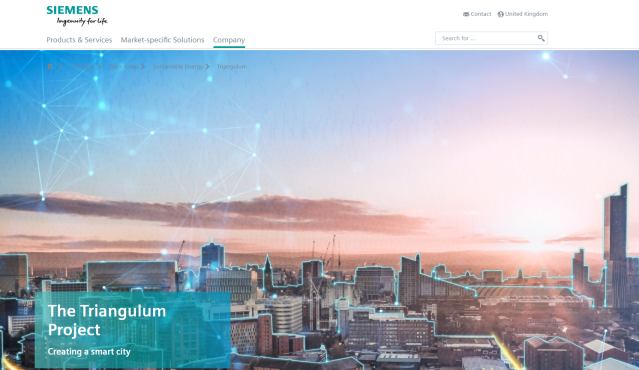 But the City Council volunteered the info  that “There is no contractual relationship between Manchester City Council and Siemens as part of the Triangulum project”.

And a Freedom of Information Act can reveal (drumroll please)

For all the talk of social value and ethical procurement in the Council, in response to the question –

Has Manchester City Council held any internal discussions about

a) its ongoing relationship with Siemens (if it has one) in light of Siemens’ decision about Adani – if so, please provide minutes/copies of correspondence

b) creating and maintaining a list of companies with which it will not do business on the grounds of those companies environmental record. (If such a list/policy already exists, please supply, but I think it does not).

Capital Programmes don’t have a relationship with Siemens and would not hold a list of companies we won’t do business with.

Procurement have not been involved in any discussion regarding item (a) or (b).

Oddly, there seems to be some info we’re not being given-

Now, this is interesting.  Because it means that there is, somewhere, a publicly accessible, set of minutes. and report. Weaponising  section 21 of the FOIA, the Council doesn’t even have to give us a clue as to where that might be.

It is therefore reasonable for a public authority to inform the applicant that it holds the information in order to give them the opportunity to access it by another route.

In plain English, they rather than just saying “yeah, go and look at Resources and Governance Scrutiny Committee meeting for April 31 2018, you’ll find what you need,” instead they are in effect saying “good luck looking for that particular needle in our Giant Haystacks, sucker.”

I love the smell of democracy in the morning.

Meanwhile, the planet burns.  And Climate Emergency Manchester has a petition.  And they know how ridiculous that seems, but, what are you gonna do?

(1) Mutually Supportive Greenwash. If the corporates can have their TLAs (3), so can the great unwashed.

(2) The panspectral state is not gonna go full Orwell on its own, ya know.

Was print format from 2012 to 13. Now web only. All things climate and resilience in (Greater) Manchester.
View all posts by manchesterclimatemonthly →
This entry was posted in Extinction Rebellion and tagged siemens. Bookmark the permalink.

1 Response to Adani, Siemens and Manchester City Council – half a million reasons why….